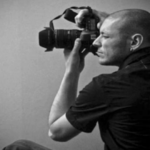 Damiano Dargenio was born in Milan in March 1982. At the end of his studies as a graphic designer, he discovered in photography an interesting way to give life to his imagination. He is thrown directly in the work, and through an uncommon path, learned technique and tricks of the trade, working next to photographic film practitioners. In that time he experienced with photographic film, doing practice in exposition, development, and print as well. But he funded his own style working on postproduction. From then on he worked constantly evolving, researching and experimenting new techniques, until to explore the video. Along these lines he worked as Director and Director of Photography for music videos, commercials and fashion movies. In the same year the project “NATIVE”, a photographic tribute to Native Americans, has been exposed in Milan and London. Ultimately he is working with big Fashion, Design and Music Companies. His art is published on important magazines and also he is a requested photography teacher in Italy.